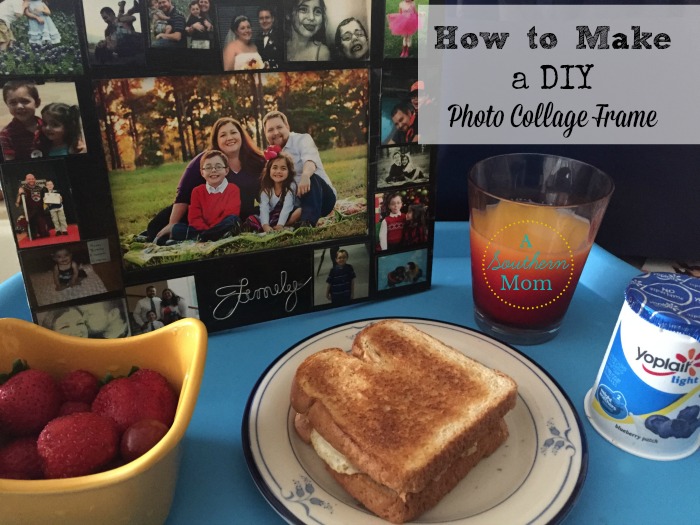 Here’s a fun idea for a home made gift!

This was actually quite simple to make, and it was easy to get the kids involved every step of the way.

It’s also fairly inexpensive if you have time to shop with coupons or online!

Here’s how to make a mod podge photo picture frame:

Step 1 : First you need to decide what pictures you want! This was tough for me. We had SOOO many good ones. I tried to pick ones that I knew my husband would like best (we made this as a Father’s Day present). I ended up picking 20 and making a photo “collage” on Walgreens.com. This way the pictures would be various sizes but small enough to fit on the frame. I also had them print a 5×7 of a photo we had taken this past year (photo credit goes to Rachel Marquez Photography! If you are on the Southeast side of Houston, she’s awesome!).

Step 2: Next you  need to purchase your supplies!

Step 3: Paint your frame! This is pretty self explanatory. Take the frame apart first and then paint it! I had the kids paint the frame. It doesn’t have to be perfect, since the pictures will cover up most of the paint. 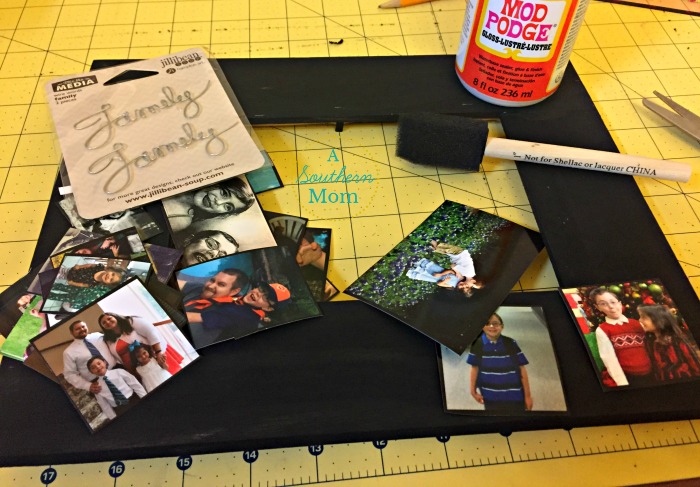 Step 4: After the paint dries, use the mod podge to place your cut out photos onto the frame. Play around with the photos first to make sure you have things the way you like them. Then use a light layer of mod podge to “stick” the photos to the frame. 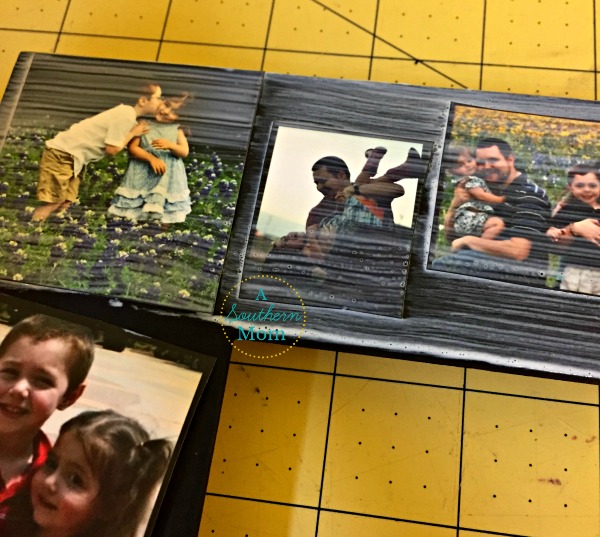 Step 5: One the photos have had some time to “stick”, it’s time to start layering your mod podge over the entire frame (pictures included) in thin layers. Wait about 15 minutes between each layer. Try not to let the mod podge clump up. It can be a bit scary if you’ve never used mod podge. My kids were freaked out that it was going to dry white…but it dries clear!

Step 6: Once the last layer of Mod Podge is dry, go ahead and add any embellishments and stick your photo in the frame. (I used some E6000 to glue my embellishment on. My hot glue gun wasn’t cutting it!) 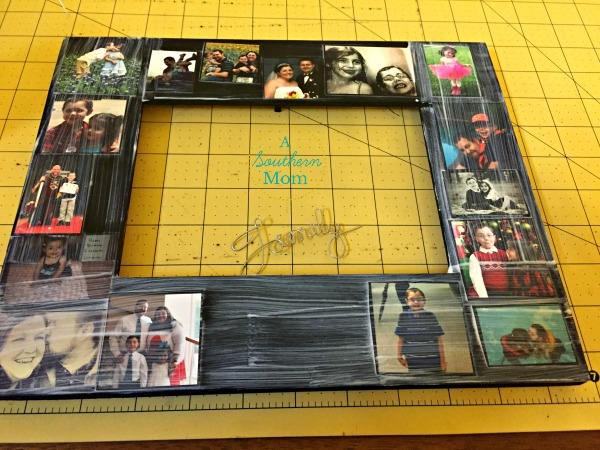 Tada! That was so simple and it’s such a great keepsake! 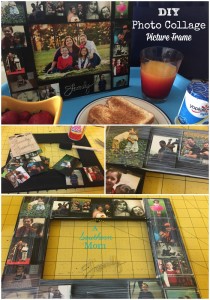 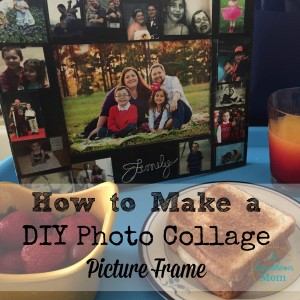 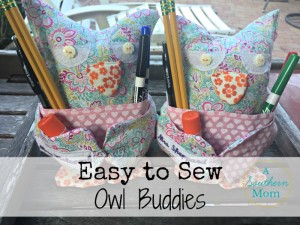 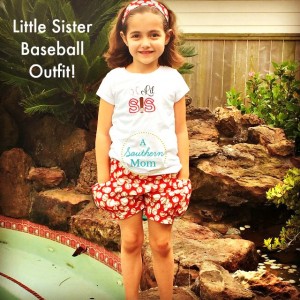 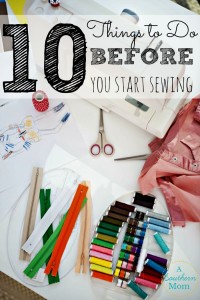 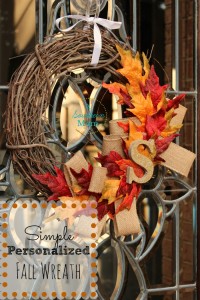