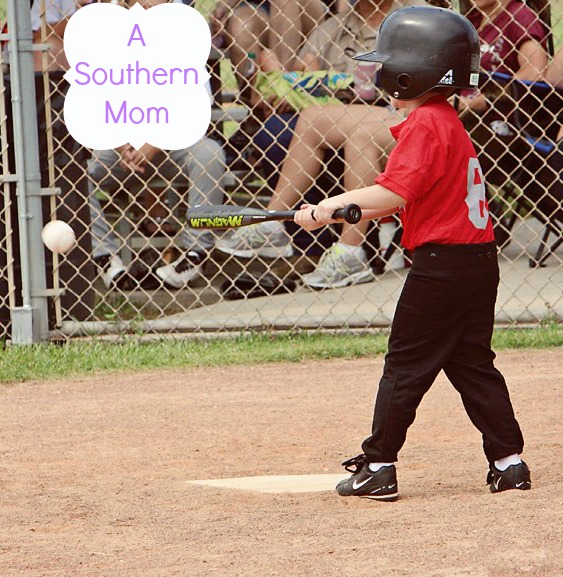 This past Sunday, my little guy had his VERY first baseball game.

I’m not going to lie…it was a hoot!

His team had had exactly ONE practice before this game AND that ONE practice was my son’s first time to play baseball. Ever.

Sure, he’s hit the ball off a tee. He’s played catch.

The rules of the game though? We’ve never really taught him so he just didn’t know.

Most of the time, when he was in the field, he was kicking up dirt and glancing up to the sky…not too interested in the game itself. 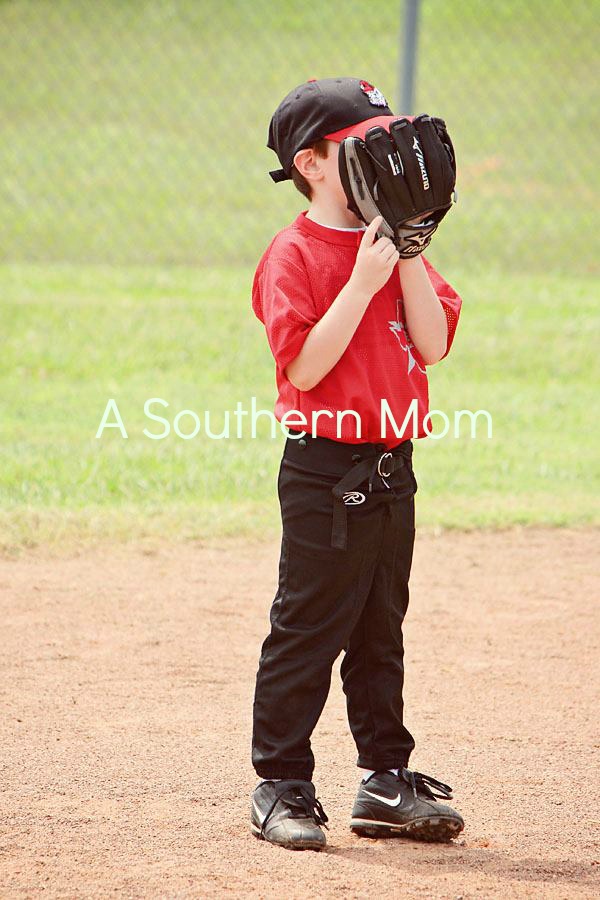 The first time he hit the ball, instead of running to first base, he ran and picked up the ball. Yes, he caused his own out 😉

The one time he fielded the ball (while playing 2nd base), he didn’t want to let it go, so he walked it up to the pitcher instead of throwing it.

At the end of the game though, he was BEAMING with pride. So were we. He finished his very first baseball game from start to finish. He didn’t run over to us crying.

He didn’t complain he was too hot. He played the game from start to finish.

Congratulations baby boy!!! You are a ball player! 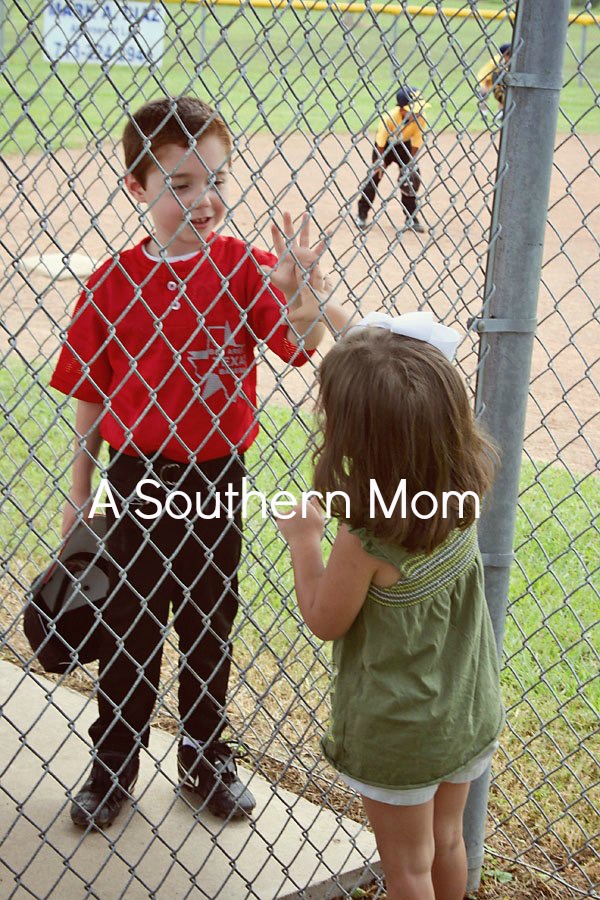