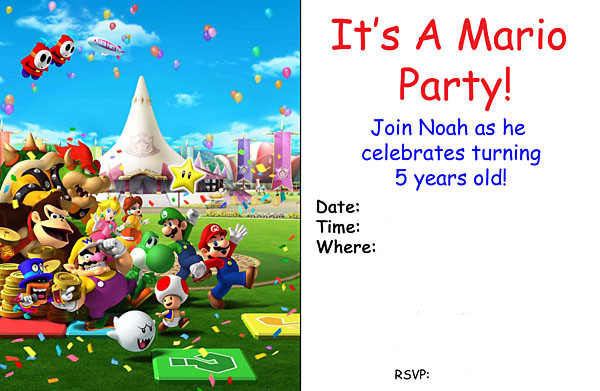 My son told us a few months ago that he wanted to have a camping birthday party.

This made us a bit nervous because his birthday is in late March! It had rained on all previous 4 birthdays and we didn’t want to chance an outdoor party for his big FIVE year old birthday party (for the record, it was the most gorgeous day EVER).

A few weeks before the big day, he changed his mind and decided he wanted to have a Mario Party! Probably because we had recently purchased Mario Party 9 and all we did for several days was challenge each other to mini game after mini game!

Mario seemed much more doable, so we called a local gym and decided to go the “pay other people to set up and clean up” route.

All that was left for us was the decor, food and the party favors!

Thanks to Pinterest, we pulled it off and I think we did a pretty good job! 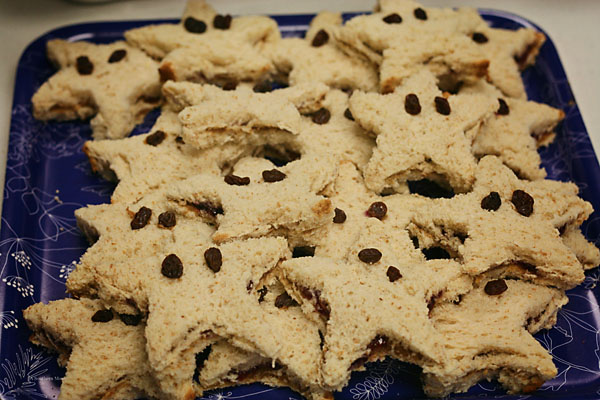 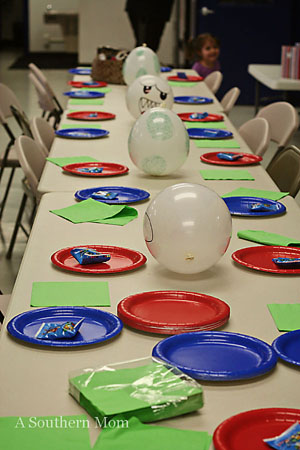 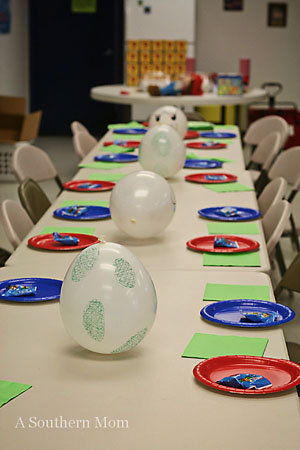 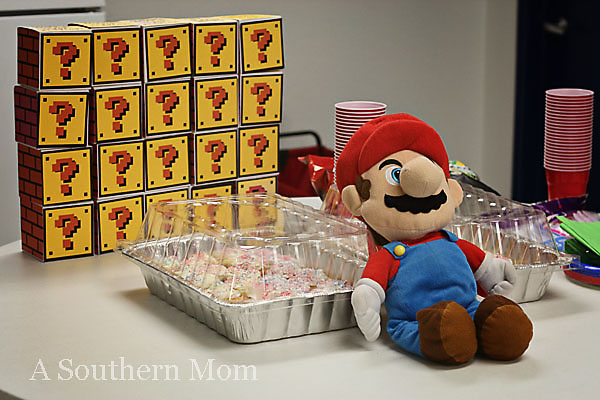 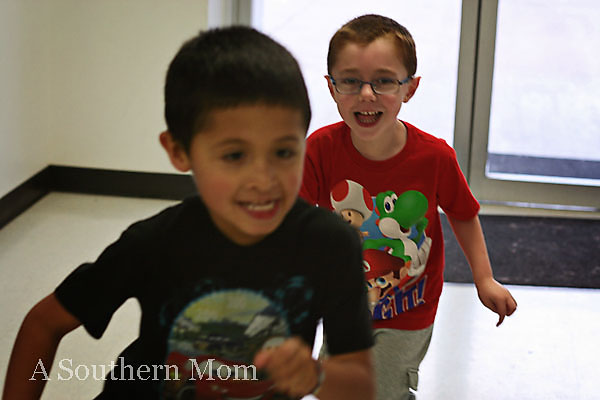 Cousins having fun during the “pre-party” 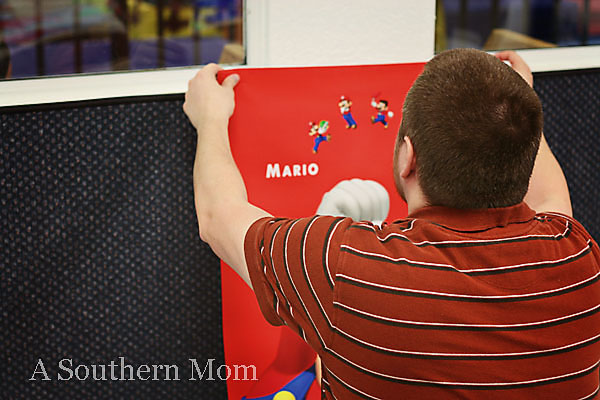 My husband earned points through Club Nintendo and bought some posters 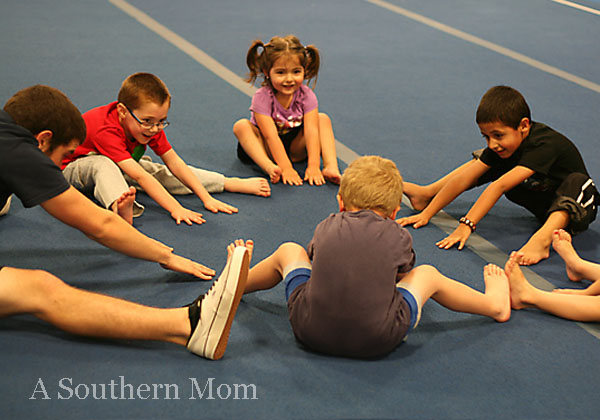 Gotta stretch first! (There were a LOT of other kids, but we’re just showing family in these pics) 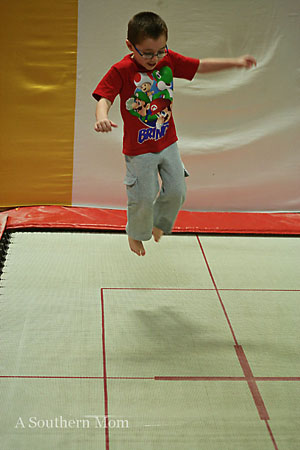 They loved the trampoline! 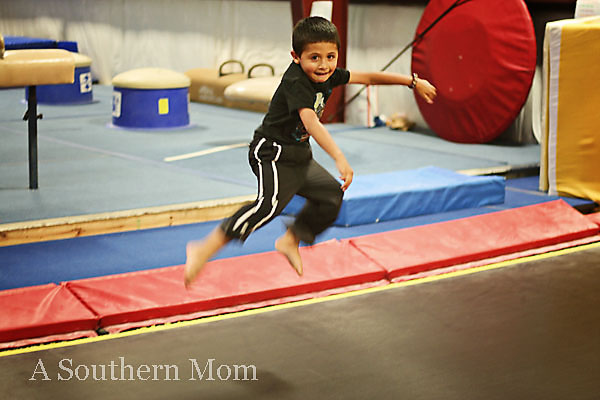 I love this picture of my nephew! 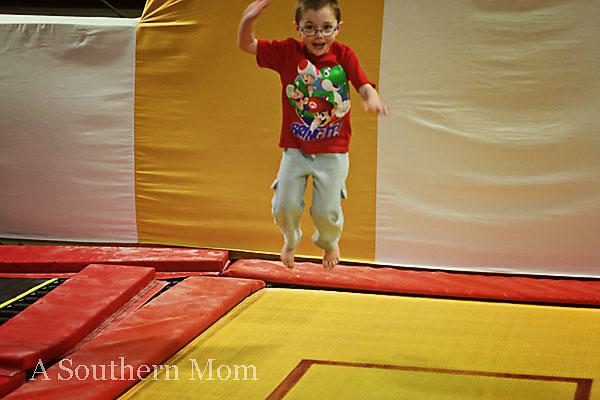 *Right* after this jump, we decided we might want to take his glasses off 😉 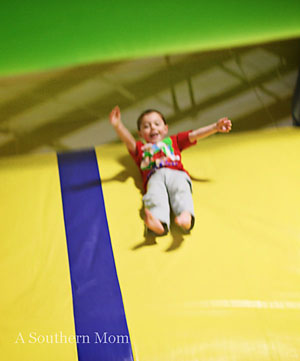 This slide was HUGE! 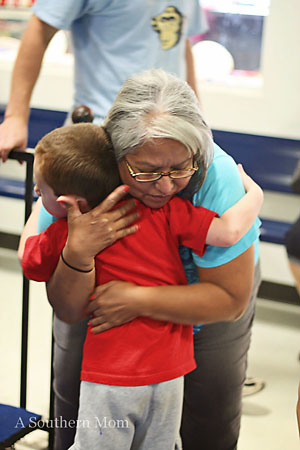 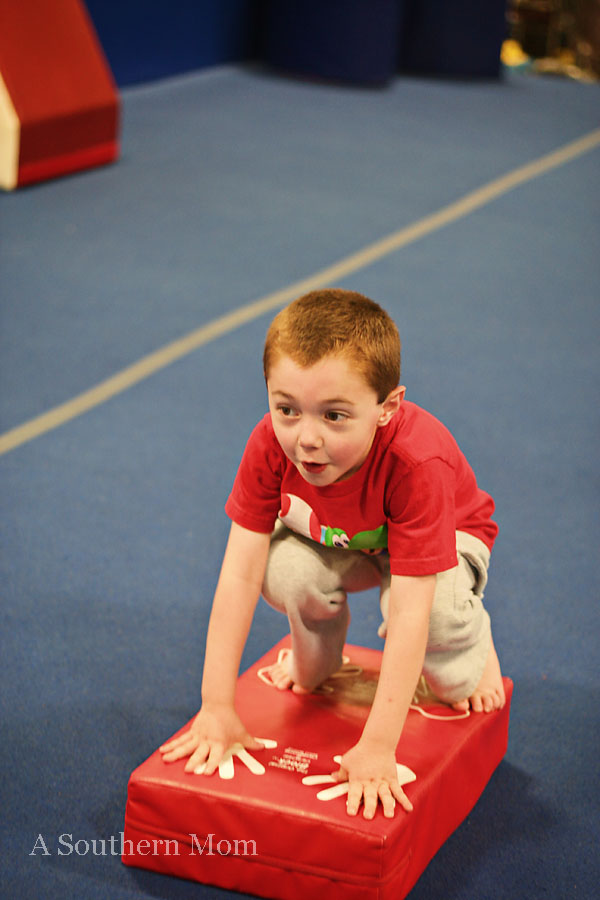 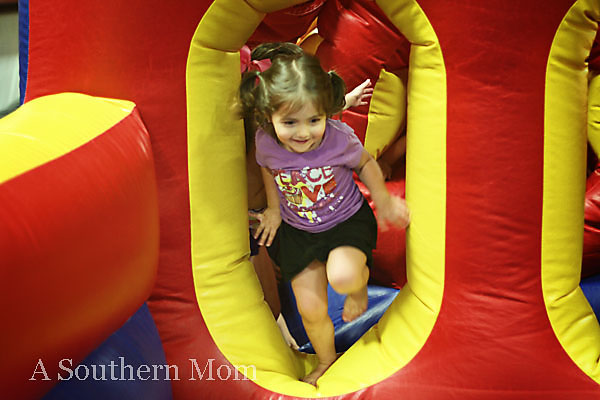 Lizzie befriended a coach there and had some help through the big blow up obstacle course!

There are SO many other awesome pictures, but since I don’t have permission from all the parents, these are the only I can show. We had so much fun and most of his class and our family showed up.

I think it was the best Mario Party ever!

Do you prefer to have parties at your home or outside your home? (parties at home STRESS me out!)